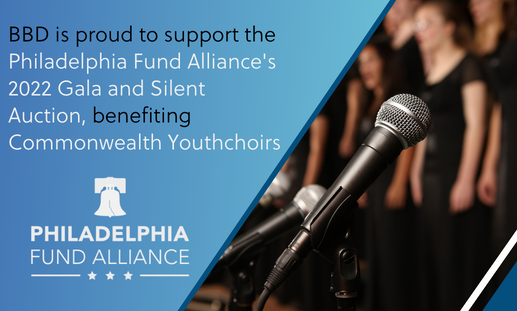 BBD was the sponsor of the silent auction segment of the evening, which raised a portion of the Commonwealth Youthchoirs donation.