Catch up with the latest developments at BBD.

BBD firm members attended the Philadelphia Business Journal's event on August 10 at The Fillmore Philadelphia to celebrate and accept our award as a 2017 Best Place To Work.

BBD was named a Best Place to Work earlier this year. According to the Philadelphia Business Journal, which recognizes employers across the region who strive to create exemplary workplaces, a record number of companies competed to be named a 2017 Best Place To Work. BBD was one of just 21 medium-sized companies to receive the prestigious title. 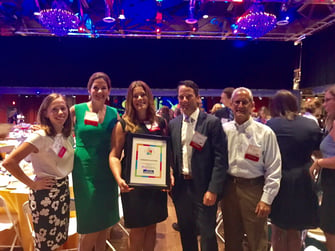 "We received this honor because of our great people, and we were thrilled to accept the award on behalf of each one of our firm members," said Bridget Flanagan, BBD's Director of Human Resources.

To compete to be named a Best Place To Work, BBD firm members completed an employee survey that was administered by Quantum, an independent third-party, in May 2017.

Do you want to work for an official Best Place To Work? Join our team!