The Next Evolution of Fair Value: The SEC’s Proposed Rule 2a-5

An Auditor’s Perspective for Boards of Directors/Trustees

In April, the SEC released proposed Rule 2a-5 under the Investment Company 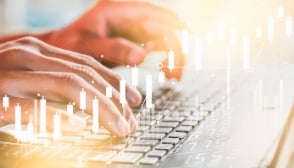 Act of 1940, which addresses valuation practices and the relative role of the Board for registered investment companies and business development companies. The proposal looks to be another “catch-up” by the SEC to account for the growing complexity of valuations and the evolution of developments that have taken place with respect to accounting and auditing regulations.

Many in the industry have summarized this proposed Rule recently, but given the aligned interest of the Board of Directors/Trustees (“the Board”) and the auditor (both acting as gatekeepers), we thought it might be of interest for Board members to consider a different perspective.

The current SEC regulations do place the responsibility of valuation on the Board. While this proposal does permit a fund’s Board to assign fair value determinations to the advisor, it maintains that the ultimate responsibility for fair value rests with the Board. The concept is simple and sensical in that there is an assumed conflict of interest for the advisor that can be mitigated only through oversight by the Board. Furthermore, the SEC has effectively doubled down on this concept of Board responsibility by noting that “effective oversight is not a passive activity.”

The proposed Rule also provides structure relative to the Board’s statutory obligation to provide adequate oversight of the fair value process, as follows:

Conflict of interest is noted as a material risk.Consistent with the theme of “non-passive oversight,” the proposed Rule notes that Boards should seek to identify potential conflicts of interest and then monitor and manage them. The proposed Rule specifies an expectation that the portfolio management of the team is not involved in the determination of fair values, although they may provide inputs and maintain certain records.

As this proposed Rule is not meant to be a guide to valuation, there are no suggested valuation methodologies included but instead a recognition that there are many acceptable methodologies depending on the investment to be valued that should be applied consistently, in line with ASC Topic 820 and re-assessed for appropriateness periodically. Testing is to be performed periodically and is not specifically prescribed either but should consider the particular circumstances of the fund and its investments, and records of the testing should be maintained.

Again, consistent with the concept of “non-passive” oversight, the proposed Rule suggests that as valuation methods include more subjectivity, the Board should apply further scrutiny in its oversight. To the extent that material matters are uncovered as a result of this scrutiny or otherwise, the Board must inquire and take “reasonable steps.”

Bottom Line – Just as an auditor considers the fair value methodologies and their effectiveness and adjusts procedures and questions to findings, so should the Board. The proposed Rule generally notes that passive oversight is not effective and specifically notes scenarios such as applying further scrutiny in situations where there is greater subjectivity and where material matters are uncovered. And there is a baseline of GAAP knowledge implied here on behalf of the Board (ie - in order to determine if the valuation methodologies are consistent with Topic 820, the Board must understand the concepts of that Topic).

Given the similarities between the expected oversight and the requirements of auditors, Board members might consider some of the guidance available to auditors, such as the recently released PCAOB AS 2501, which provides structure to the auditing of estimates, including fair value measurements. See BBD’s Investment Company Notebook “PCAOB Auditing Standard AS 2501- Auditing Accounting Estimates, Including Fair Value Measurements.”

When pricing vendors are used to value investments, the Rule requires a process be established to provide adequate oversight, including detailed consideration of the qualifications of the vendor, the methods, inputs and assumptions, potential conflicts of interest and the testing process in place at the vendor. In addition, the Rule requires specific thresholds and protocol for price challenges.

Bottom Line – This is another topic addressed by PCAOB AS 2501 that may provide guidance for Board members to effectively provide oversight. The auditing standard requires the auditor to perform procedures to determine whether the pricing information provides sufficient appropriate evidence to respond to the risk of material misstatement. While the Board is not held to the risk of material misstatement standard, some of the concepts, such as considering the nature of the services provided and the instrument being valued, are relevant. In addition, the auditing standard recognizes that there is less risk in situations where multiple pricing vendors provide reasonably consistent prices on the same investments.

Written policies and procedures relative to valuation must be maintained for five years addressing the concepts prescribed therein, including the specific methodologies applied to investment types, assumptions and inputs considered, and other adjustments made.

Bottom Line – While the auditor does normally request the fair valuation policies of the fund, the distinction as to whether or not the policies and procedures fall under Rule 38a-1 seems to be largely legal. To the extent the Board assigns the fair value determinations to the advisor and the policies then fall under Rule 38a-1, this would require an annual review, with the oversight of the Board, and would be the responsibility of the Chief Compliance Officer. Ultimately, policies and procedures need to be written, approved and maintained whether the Board assigns responsibility to the advisor or not.

The proposed Rule also provides structure in terms of reporting to the Board. The advisor must provide a written report to the Board, on at least a quarterly basis, summarizing the adequacy and effectiveness of the advisor’s process for determining fair value,including the following specific considerations:

The Rule also addresses certain circumstances for which an advisor should report to the Board promptly (in no event later than three business days) including matters that might materially affect or could have materially affected the value of investments, such as control deficiencies or changes in valuation risks.

Adequate records of the reporting to the Board must be maintained for five years evidencing the communications listed above and including a list of the investments or investment types whose fair value determinations have been assigned to the advisor.

Bottom Line – The framework provided in the proposal for Board reporting will be helpful for the quarterly Board reports. In practice, we have seen much variance both in terms of what is being reported to the Board and when that reporting is taking place. Requiring a regular, timely and comprehensive report to the Board will serve as a great tool in managing and monitoring the risks associated with fair valued holdings. Given the conflict of interest consideration and the fact that most funds already have a robust compliance function in place, it may make sense for the quarterly reporting to be “owned” by the Chief Compliance Officer.

The proposed Rule certainly makes it clear that the Board does have ultimate statutory responsibility for the fair value of investments and that taking a passive approach to oversight is not good enough. From an auditor’s perspective, the structure and guidance this Rule provides will help to further align the interests of the auditor and the Board and will enable us to continue to work together to protect the public from the most significant area of risk to most funds – fair valuation.