The new standard (AS 2501), which is effective for fiscal years ending on or after December 15, 2020, replaces three existing standards relative to auditing accounting estimates. While this replacement implies that much of the content already existed, the PCAOB has adopted this standard because the use of complex accounting estimates and fair value measurements continues to grow. Their oversight activities have revealed a pattern of audit deficiencies in these areas of the audit that are also often some of those areas with the greatest audit risk.

The single standard is meant to provide a more uniform, risk-based approach to auditing estimates in general. However, within AS 2501, the PCAOB specifically addresses auditing fair value measurements. This blog post will focus on the standards specific to auditing fair value measurements and their relevance to investment companies.  It should be noted that AS 2501 does not and could never provide a formulaic solution to auditing all types of investments. Auditors must still rely on judgment to determine if they have sufficient audit evidence for a given investment’s value. 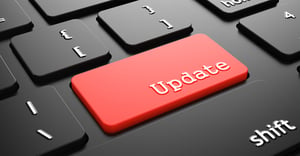 measurements meant to highlight information for auditors and to illustrate relevant considerations for auditing fair value of financial instruments, especially when pricing information from pricing services, broker/dealers, and other third-party sources is used. While the Staff Guidance is directed to auditors, it also proves useful to other audiences, such as management and Trustees. The Guidance may serve as a roadmap for what to expect from the auditor and/or the basis of conversation between auditor and Trustee.

AS 2501 presents a two-pronged approach for auditing fair value measurements:

The two-pronged approach is the general layout in AS 2501 to auditing fair value measurements, but it is not a new concept. Identifying and assessing the risk of material misstatement as a preliminary step is at the basis of risk-based auditing, which is part of Generally Accepted Auditing Standards.

Identifying and assessing the risk of material misstatement: As previously noted, the assessment of the risk of material misstatement sets the tone for the audit procedures to be performed. AS 2501 notes that the risk of material misstatement can vary depending on the type of financial instrument and also notes that groups of like financial instruments can be assessed together. Auditing guidance usually requires risk assessment at the assertion level (existence, valuation, etc.) for each significant account, but this standard contemplates a deeper dive beyond the assertion level that is dependent upon groups of financial instruments. The reality is that, when auditing an investment company, the portfolio is not routinely comprised of a homogeneous group of holdings that are audited using the same process. The PCAOB’s standard recognizes this reality both in its guidance on assessing risk as well as the procedures to be considered by instrument type.

Performing procedures to determine if the auditor has sufficient appropriate audit evidence: Once the risk assessment of the instrument types has been completed, the auditor must determine what they are going to do to obtain sufficient appropriate audit evidence. In addition to recognizing other characteristics of the financial instruments and separating them into groups, the auditor must consider how the instruments are being valued by the Fund. These four buckets are those noted in the Standard relative to pricing sources:

Relevance: Factors affecting relevance are detailed in the PCAOB Staff’s Guidance within a table and are grouped by the characteristics of the financial instruments:

Also, if the auditor is unable to secure information from the pricing service, they must consider other procedures such as using a different pricing source, obtaining evidence using publicly available data, and/or developing an independent expectation. It is always interesting to see how accounting and auditing standards impact the service providers in the industry. Specifically, it will be interesting to see what, if any, impact AS 2501 will have on the information that is provided to auditors by pricing vendors to support their values.

For example, if your client is using a given pricing vendor to price a bond and you as the auditor have three other vendors pricing that same bond at approximately the same price, it’s reasonable to assume that the value is fairly stated.

While the Standard stops short of indicating how much information about the methods and inputs is needed, it does recognize the concept of making use of other pricing vendors and consensus as an auditing tool.

Unobservable inputs: Obviously, those financial instruments making significant use of unobservable data present the highest risk of misstatement. Depending on the size of the position or positions, unobservable data could present the highest risk of material misstatement. For that reason, this should be an area of focus for management and Trustees, and the considerations listed here should be revisited and considered periodically. And you can bet this is going to be an area of focus for the auditor!

While the auditor is not expected to be a valuation expert and therefore may at times leverage the expertise of a specialist for valuation issues, the auditor is required to obtain an understanding of how unobservable inputs are determined and whether they are reasonable, if they reflect assumptions market participants would use, and how the Fund ultimately determined its fair value measurement.

Bottom Line: The adoption of Auditing Standard 2501 and the associated Staff Guidance does provide the auditor with a more formalized structure as to what is expected in auditing financial instruments and hopefully will lessen the deficiencies being found in the audits of public issuers. In fact, we expect this guidance will be used by auditors prior to the effective date as best practice. However, it's important to note that the guidance also can be used by advisors and Trustees in their oversight role relating to Funds and in fostering communication with their auditors.