Rule 2a-5: Let's Work Together

On December 3, 2020, the SEC voted to approve Rule 2a-5 (the “Rule”) to address valuation practices and the role of the Board of Directors for registered investment companies and business development companies relative to the fair value of investments. The new Rule is meant to modernize existing SEC regulations that have not been comprehensively addressed by the SEC for 50 years. BBD has summarized the Rule in a previous post.

Generally, the Board has a statutory obligation to determine fair value in good faith. 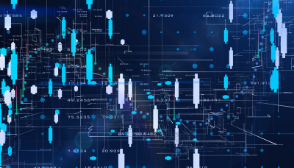 This Rule, in addition to addressing valuation practices, provides structure as to the requirements of the Board relative to that obligation.

Given the focus of this Rule and the reinforcement of the concept of the determination of fair value as a statutory obligation of the Board, it is more than likely that there will be even more conversations and engagement between the Board and the auditor relative to fair valuation as part of the audit process.

Following is a brief summary of the Rule’s required functions to determine the fair value of a fund’s investments in good faith as well as potential audit considerations for each:

Periodically Assess and Manage Valuation Risks – The Rule requires that valuation risks be assessed periodically for any that might be material, but only specifies one risk assumed to be material - conflict of interest.

Audit considerations – Your auditor will certainly be interested in the assessment of valuation risks as well as any conflicts of interest that have been identified as part of forming their audit risk assessments. Expect your auditor to ask for this evaluation and to engage in discussions regarding the same as part of the planning process.

Audit considerations – Your auditor likely already asks for summaries of valuation processes and fair valued holdings, including a brief description of methodologies that are being applied to certain asset classes as well as any changes that may have taken place during the year relating to methodologies or inputs. Expect more detailed discussions regarding the methodologies used and their appropriateness relative to ASC Topic 820.

Test Fair Value Methodologies for Appropriateness and Accuracy – The Board or its valuation designee must identify the testing methods used and the minimum frequency of such tests. Conceptually, the testing should be focused on ensuring fair methodologies and that adjustments are applied appropriately.

Audit considerations – This is more information that your auditor likely is already asking for, as the appropriateness and accuracy of fair value methodologies is proved out through testing performed during the audit period. To the extent that results of testing illustrate that the fair value process is not working, expect your auditor to engage in discussions regarding planned changes or adjustments to the process and substantiation of the same.

Pricing Services – The Board or valuation designee must establish a process for approving, monitoring and evaluating each pricing service provider in order to be confident they have a reasonable basis to use inputs or prices provided as part of the determination of fair value.

Audit considerations – You can expect your auditor to ask about this topic. Not only is the pricing vendor and the controls surrounding the incorporation of data from a pricing vendor considered part of the control environment of the fund, but the information from the pricing vendor directly impacts the value of the investments held by the fund. While the fund has always been responsible for prices and/or inputs provided by pricing vendors, this Rule certainly cements that consideration and provides more structure to what should be contemplated.

One relevant note of consideration from the recently issued PCAOB Auditing Standard No. 2301: When there are multiple pricing vendors with conforming prices for a given investment, the auditor can consider this fact and perhaps require less information relative to methods and inputs being used by the pricing vendor. Considerations like this that might provide insight for the board relative to its responsibilities are just one more reason to have engaging conversations with your auditor.

Fair Value Policies and Procedures – While the initial proposed Rule included a requirement for a fund to adopt written policies and procedures reasonably designed to achieve compliance with Rule 2a-5, the final Rule does not, in recognition that this requirement would be duplicative of the requirements of Rule 38a-1.

Audit considerations - Your auditor is likely already asking for your annual Rule 38a-1 report as part of their standard audit request.

In addition to the required functions of the fair value determination process, there are some other areas of focus in the Rule that might benefit from collaboration between the Board and its auditor.

Board Reporting – To the extent that the Board relies on a valuation designee, there is certain reporting required as part of the Rule on a quarterly, annual and prompt basis (relating to situations that occur during the year and materially impact fair value). The minimum requirements for this reporting are all summarized in a previous post. One can expect the auditor to request these communications as part of the audit process, and they will likely serve as the foundation of a conversation on fair valuation with the Board.

Changes to Existing Standards – In addition to the changes specific to the responsibilities of the Board, there are also changes to existing standards that will take place as the Rule becomes effective, as the guidance in the existing standards is either superseded or captured by the new Rule. Specifically, the SEC’s Accounting Series Release No. 118 will be rescinded. This is notable because ASR 118 requires an auditor to verify all quotations for securities with readily available market quotations. With this rescission, the PCAOB standards will be left to provide guidance to auditors. PCAOB standards only require sampling of those quotations as part of audit procedures.

Bottom Line – As evidenced above, many of the audit standards and the requirements relative to fair valuation for the Board as a result of this Rule run on parallel paths. It just makes sense, then, that Boards and their valuation designees should engage their audit firm relative to the changes in the fair value process and reporting to leverage the auditor’s insight and experience and to make sure that everyone is on the same page prior to the audit cycle.