The 2017 Tax Cuts and Jobs Act in Practice: How Does Section 199A, the Qualified Business Income Deduction, Affect Investment Companies?

This post is the second in a three-part series that examines implications of the 2017 Tax Cuts and Jobs Act for the investment management industry.  Part One introduced the Section 199A deduction and its impact on the investment management industry. Part Three will examine the deduction and C Corporation to S Corporation transitions.  Feel free to be in touch with Matt Romano, tax partner, with questions about how these complex new tax developments affect you and your business.

As mentioned in Part One, included in the scope of IRC Section 199A are dividends paid by Real 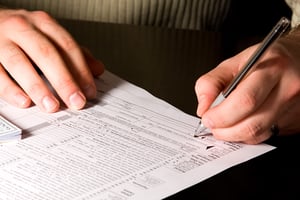 Estate Investment Trusts (“REITs”).  Qualified dividends from REITs are similar to Qualified Business Income “QBI” from pass-through entities in that they are eligible for a possible 20% deduction at the individual taxpayer level.  The original statutory language did not include a determination regarding whether a Regulated Investment Company “RIC” with investments in REITs could pass the deduction through to shareholders.

However, the Joint Committee on Taxation’s general explanation on the TCJA (Bluebook) indicated that it was intended for individual RIC shareholders to receive conduit treatment.  The Secretary was directed in Section 199A to prescribe regulations that allow for the “application of section 199A to tiered entities.” This application was accomplished with the issuance of proposed regulation Section 1.199A-3.

Treasury has affirmatively indicated that RICs can pass through qualified REIT dividends (which are defined in section 199A as dividends from REITs that are neither capital gains or qualified dividend income) and provided guidance on how to determine the reportable amount.

In the preamble of the regulations, Treasury states that the rules for computing 199A dividends eligible for pass through are limited to the excess of the RIC’s qualified REIT dividend for that year over allocable expenses.  Treasury specifically references the calculation of capital gain dividends (reduced by capital losses) and exempt interest dividends (reduced by allocable expenses) as the basis for the calculation.  Requiring the allocation of expenses is a bit of an unfortunate outcome for RIC shareholders as there are other preference items such as Qualified Dividend Income (“QDI”) that are not reduced by allocable expenses.  The example below from the regulations shows the effect of the expense allocation.

There are some additional limitations at the fund level as well that need to be considered. In order to qualify for the deduction, the RIC must hold the shares of the REIT for at least 45 days during the 91-day period beginning on the date which is 45 days before the ex-date of such dividend.  Additionally, any REITs for which the RIC is under obligation to make certain related party payments (e.g. short sale or securities lending) wouldn’t qualify as a 199A dividend.

The tool used by most advisors to input their tax reporting amounts (the ICI primary layout) was updated to include a section (Column 33 in the 2018 version) to report this amount.

As discussed in Part One, there can be substantial limits on the amount of QBI that can ultimately be deducted by the individual.  The preamble of the proposed regulations, however, specifies that the wage limitations, type of business limitation, and the unadjusted basis in property limitation do not apply to qualified REIT dividends.

The overall 199A deduction a taxpayer can take is still limited, however, to 20% of the excess (if any) of taxable income of the taxpayer over net capital gain.

Treasury did not make mention of whether or not ordinary dividends from RICs qualify as both QDI and 199A dividends.  While there is nothing that definitively states that a dividend can’t be both QDI (dividend taxed at capital gain rate) and a 199A dividend, it would be an aggressive tax position to take both a preferred tax rate and a 20% deduction on the same dividend.  The intent of 199A was to reduce the effective rate to align with the new corporate tax rate, so this position would seem not to align with Congressional intent.

In addition to qualified REIT dividends, it was also intended to include qualified PTP income in the 199A bucket.  Unfortunately, the nature of the PTP income makes it such that various other limitations need to be considered; specifically the Specified Service Trade or Business Limitation, the carryover loss rules, and the interplay between PTP losses and qualified REIT dividends.  In the proposed regulations, Treasury indicated that they are still evaluating whether or not it’s appropriate to provide conduit treatment for PTPs through RICs.  They have requested additional comments on these issues.