Update: Independence and the "Loan Rule"

As detailed in a previous post, Regulation S-X Rule 2-01(c)(1)(ii)(A) (the "Loan Rule") prohibits accounting firms from having certain financial relationships with their audit clients and affiliated entities.

The "Loan Rule" provides, in relevant part, that an accounting firm is not independent if it receives a loan from a lender that is a "record or beneficial owner of more than ten percent of the audit client's equity securities." 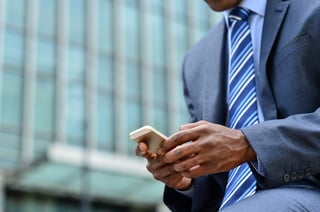 In a letter dated June 20, 2016, the staff of the Division of Investment Management of the SEC stated that they would not recommend enforcement action against Fidelity if Fidelity continued to rely on audit services performed by an audit firm not in compliance with the Loan Provision under specific circumstances, noting that they might reach a different conclusion given different facts and circumstances.

In the same letter, the SEC indicated that they considered the following in making its determination against recommending enforcement action:

On September 22, 2017, the SEC issued a letter extending the assurances provided in the June 20, 2016 letter with no expiration noted.

Although there have been no changes to the existing regulations, Boards should continue their diligence with respect to the independence of the audit firms servicing their Fund groups. Contact us using the form below for more information.