I’ve recently had some mutual fund and ETF clients ask if they can reflect securities lending fees as an offset to expenses, as opposed to income on their fund’s Statement of Operations. While this alternative presentation would not have any impact on the reported net investment income of the fund, it would serve to reflect a reduced net expense ratio, which could be helpful in marketing the fund to investors.  My initial reaction to this question was- “No, of course not!”  However, after performing a little research, the answer is actually “maybe.” 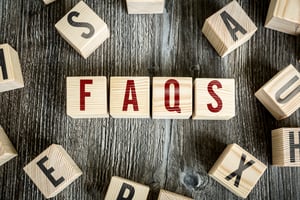 arrangements where one party enters into an agreement with another party whereby the other party reduces, or pays a third party which in turn reduces, its fees for services provided to the originating party in exchange for the use of the originating party’s assets.  Item 2(g)(3) dictates how such arrangements should be presented in the financial statements.  Specifically, Item 2(g)(3) prescribes that the total expenses should be increased by amounts paid under expense offset arrangements to arrive at a total gross expense amount, with a corresponding reduction to arrive at the total net expenses.  Furthermore, it is suggested that the arrangement should be described in a note to the financial statements, which would also explain that the fund could have employed the assets to generate income if it had not entered into an expense offset arrangement.

Employing the framework described in Rule 6.07 of Regulation S-X, a fund could conceivably enter into a Securities Lending Agreement whereby the Securities Lending Agent pays expenses of the fund directly to other third parties providing services to the fund in exchange for borrowing securities of the fund.  This is most likely to occur where there is an affiliation between the lending agent and the custodian bank, where the lending agent can offset the securities lending income/fees with custody fees.  It is important to carefully negotiate the form of payment of the securities lending fees.  If the fund were to receive the cash as compensation for securities lending transactions, it would be required to report the fees as items of income rather than as an expense offset.