Form 990 disclosure pumps up the urgency of state registration

For years Anytown, USA, Charity has asked for donations from out-of-state residents. This started on a small scale — a handful of the charity’s donors retired in other states or lived there part of the year.

Now the charity has begun to reach out to hundreds of potential contributors in multiple states. The Internet makes it easy and inexpensive for the not-for-profit to solicit funds outside of its backyard. But along with this expansion comes the need for registration in additional states. 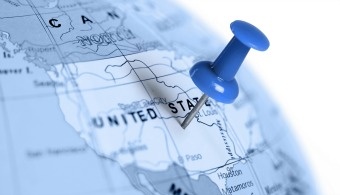 When its out-of-state fundraising efforts were small, Anytown’s leaders didn’t see a need to register with agencies in other states before launching fundraising efforts there. But, the scope is clearly different now. And, significantly, the IRS annually asks the nonprofit on Form 990 in which states it’s required to file a copy of the return. The charity’s leaders know they’ll need to comply with each state’s fundraising requirements or pull back on these activities.

The first step for any nonprofit engaging in multistate fundraising is to contact the government agencies that regulate nonprofits in the target states. This varies widely. For example, if your charity wants to raise funds in Utah, your “go to” would be the Department of Commerce; in Connecticut, the Department of Consumer Protection; and in Illinois, the Office of the Attorney General, to name a few.

The National Association of State Charity Officials provides a list of the state offices that regulate charitable solicitations. You can find it at http://www.nasconet.org/us-charity-offices.

Registration fees and other requirements also vary widely, and you may find some too restrictive. In West Virginia, for example, if your contributions are over $200,000, you must submit audited financial statements. And in Pennsylvania, contributions totaling $300,000 or more require an audit.

While you’re investigating the rules in your target states, weigh what you’ll be investing against your potential gain. Will the time and money you spend in completing the required forms, annual registration fees and other costs be worth the fundraising amount your charity realistically expects to collect?

Fortunately, resources are available to help you make that decision. Nonprofit websites, including GuideStar and the nonprofit arm of About.com, offer a wealth of free information. And to simplify registration in multiple states, the Unified Registration Statement is accepted in 37 of the 40 jurisdictions requiring registration.

Additionally, there are a number of entities that specialize in registering nonprofits. Last but certainly not least, advice from your attorney and your CPA should be instrumental in your decision making.