Corporate Sponsorship Money: Is It Taxable?

Nonprofits have pursued corporate sponsorships for years, with good reason. Effectively executed, sponsorships can benefit both sponsor and organization. But if your nonprofit isn’t careful, a sponsorship can be deemed paid advertising and your organization could end up liable for unrelated business income tax (UBIT). Although the Internal Revenue Code includes an exception from UBIT for certain sponsorship arrangements, navigating the rules can prove tricky. 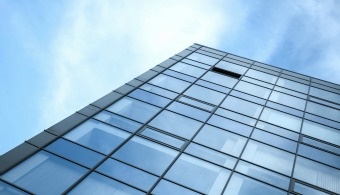 Generally, “qualified sponsorship payments” received by a nonprofit aren’t income from an unrelated trade or business. A qualified sponsorship payment is a payment of money, transfer of property, or performance of services with no expectation that the sponsor will receive any “substantial return benefit.” Benefits returned to the sponsor can include advertising; goods, facilities, services or other privileges; rights to use an intangible asset such as a trademark, logo or designation; or an exclusive provider arrangement.

To be considered “substantial” by the IRS, the aggregate fair market value (FMV) of all benefits provided to the sponsor during the year must exceed 2% of the amount of the sponsor’s payment to the nonprofit. If the total benefit exceeds 2% of the payment, the entire FMV of the benefits (not just the excess amount) is a substantial return benefit.

“Use or acknowledgment” provisions

The regulations specify for purposes of the exception that a nonprofit’s “use or acknowledgment” (as opposed to promotion, marketing or endorsement) of a sponsor’s name, logo or product lines won’t constitute a substantial return benefit to the sponsor. Your organization’s use or acknowledgment can include:

Say that a nonprofit is holding an annual 10K race and is providing participants with drinks and prizes supplied free of charge by a sponsor. If the organization lists the sponsor’s name in promotional materials or includes it in the event name, those activities constitute permissible acknowledgment of the sponsorship. Therefore, the drinks and prizes are an exempt qualified sponsorship payment.

Note that contingent payments aren’t qualified sponsorship payments. If a sponsor’s payment is contingent on event attendance, broadcast ratings or other measures of public exposure to the sponsored activity, the payment falls outside the exception.

Consider, for instance, a not-for-profit that receives a large payment from a sponsor to help fund an event. The organization recognizes the support by using the sponsor’s name and logo in promotional materials. It also hosts a dinner for the sponsor’s executives, and the FMV of the dinner exceeds 2% of the sponsor’s payment.

Application of the qualified sponsorship payment exception and the rules for unrelated business income are complicated. Your financial advisor can help reduce the risk of incurring UBIT.

The Internal Revenue Code provisions about unrelated business income distinguish between “exclusive sponsor” and “exclusive provider” arrangements. An arrangement that acknowledges a corporation as the exclusive sponsor of a nonprofit’s activity generally doesn’t by itself result in a substantial return benefit that could incur the unrelated business income tax (UBIT) for a nonprofit. Similarly, an arrangement that acknowledges a company as the exclusive sponsor representing a particular trade, business or industry won’t constitute a substantial return benefit on its own.

On the other hand, an arrangement with a sponsor that limits the sale, distribution, availability or use of competing products, services or facilities in connection with the nonprofit’s activity generally does result in a substantial return benefit. For example, if the organization agrees in exchange for a payment to allow only the sponsor’s products to be sold in connection with an activity, the sponsor has received a substantial return benefit.