3 Tips to Improve Communication Between Development and Accounting Departments

Communication breakdowns between a nonprofit organization’s development and accounting departments can lead to confusion, embarrassment and, worse yet, financial problems. Nonprofits, therefore, must take proactive steps to facilitate collaboration between these two critical functions. Here are three tips:

1. Get a handle on the differences 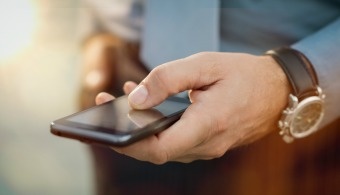 Accounting and development typically record their financial information differently, which is why they can produce numbers that vary but nonetheless are both correct. The development department likely uses a cash basis of accounting, while the accounting department records contributions, grants, donations and pledges in accordance with Generally Accepted Accounting Principles (GAAP).

How does this difference play out? Let’s say a donor makes a $10,000 payment in April 2015 on a pledge made in December 2014. The development department will enter the amount of the payment as a receipt in its donor database in April.

The accounting department, however, will record the payment against the pledge receivable that was recorded as revenue when the pledge was made in December. Receipt of the check won’t result in any new revenue in April because the accounting department recorded the revenue in December. Both departments’ figures for April 2015 (as well as December 2014) will be accurate, but they’ll disagree with each other.

Similar disparities can arise with grants. Development will often record a grant when it receives the cash. But if the grant is contingent on a future event, GAAP may preclude accounting from recording the grant as revenue until the future condition is satisfied.

With two different approaches to recording financial information under one roof, it’s critical that nonprofits reconcile their accounting and development schedules on at least a monthly basis. They also need clear protocols for communicating important activity — or both departments, and the organization, could experience negative consequences.

For example, if development fails to inform accounting about grants on a timely basis, the latter won’t be aware of the grants’ financial reporting requirements, and could forfeit funds for noncompliance. And if the accounting department doesn’t record grants or pledges in the proper financial period according to GAAP, the organization could run into significant issues during its audit — which could jeopardize funding.

Probably the last thing anyone wants is more meetings, but the stakes are too high to leave communication between the two departments informal. Initially, accounting representatives can use meetings to gently educate development representatives about the information it needs, when it requires it, and the consequences of not receiving that information.

Development staff should provide accounting with ample notice about prospects on the horizon such as pending grant applications and proposed capital campaigns. And development should present status reports on different types of giving — including gifts, grants and pledges. This is especially important for those items received in multiple payments, because accounting may need to discount them when recording them on the financial statements.

Regular meetings also give the two departments an opportunity to resolve any issues related to reconciling different sets of financial figures.

The activities of the accounting and development departments directly affect each other, so careful coordination is essential. Taking the steps described above should make it easier for employees with different processes to work together to help their organization fulfill its mission.