In her latest report, the National Taxpayer Advocate, Nina E. Olson, says that the IRS still isn’t asking for enough information on the simplified Form 1023-EZ to ensure organizations using the form actually qualify for the exempt status. Further, a soon to be released revised Form 1023 runs the same risk.

The Form 1023-EZ, Streamlined Application for Recognition of Exemption Under Section 501(c)(3) 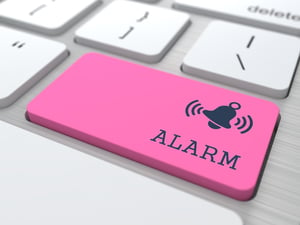 of the Internal Revenue Code, was introduced in 2014 in an attempt to address inventory backlogs and reduce processing times. The National Taxpayer Advocate has been concerned since its implementation that the Form 1023-EZ does not elicit enough information to properly determine an organization’s exempt status. For example, a review of sampled organizations’ articles of incorporation found that for between 26% and 46% of reviewed organizations, the purpose and dissolution clauses, which are required by Treasury regulations, were missing.

In 2016, the IRS was directed by the National Taxpayer Advocate to revise Form 1023 in order to obtain narrative statements from applicants of past, present and planned activities. While the IRS did make revisions, it appears that they failed to follow up with applicants when the narratives raised concerns. Had they done so, applicants could have revised organizing documents or perfected their applications. In other words, the IRS is not ensuring that organizations address the defects in their applications and operations on the basis of the additional information the form elicits.

The IRS had intended to mitigate the lack of up-front oversight by the use of audits.  In 2016, a random sample of 1,182 organizations who had received Determination Letters based on Form 1023-EZ applications were identified for this purpose. 51% of these organizations were found to be either non-compliant or risked non-compliance in some respect. Despite this information, however, the IRS began shifting resources away from compliance efforts in 2019 to address increased Form 1023 processing times.

A revised electronic Form 1023 is scheduled to be released in January 2020. It is expected that the revised form may be shortened and simplified. And, while it is important that the IRS ensures timely processing of applications, it is equally important to ensure that the revised form does not undermine the IRS’s oversight of the tax exempt sector, as the Form 1023-EZ has done already. Once an organization has received its exempt status, it operates with little oversight by the IRS and enjoys a tax subsidy for which it may, in fact, not be qualified.