As part of the preparation of financial statements, Management should actively search for events occurring and information available after the fiscal year-end but before financial statements are issued– commonly known as subsequent events. In the context of an investment company, most subsequent event considerations of a material nature are one of a handful of events – for example valuation of investments, litigation, liquidation or reorganization, or significant capital changes.

There are two types of subsequent events per Generally Accepted Accounting Principles (“GAAP”) that should be considered for materiality and relevance to an entity’s financial statements: 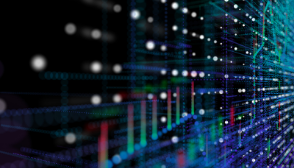 Recognized Subsequent Events – An entity shall recognize in the financial statements the effects of subsequent events that provide additional evidence about conditions that existed as of the date of the balance sheet.

Non-recognized Subsequent Events – An entity shall not recognize in the financial statements the effects of subsequent events that provide additional evidence about conditions that did not exist as of the balance sheet date, but should consider the need for disclosure.

Example – Litigation occurs periodically with investment companies causing consideration of both contingent gains and losses. Management should consider any outstanding litigation and its impact on the financial statements or disclosures. In the case of a contingent gain, GAAP generally concludes that contingent gains are not to be recognized until the investment company acquires an enforceable right. If the enforceable right is acquired during the subsequent period, then the condition did not exist as of the balance sheet date. However, it should definitely be considered as a non-recognized subsequent event assuming it’s of a material nature.

A deficiency in internal control over financial reporting exists when the design or operation of a control does not allow Management or employees, in the normal course of performing their assigned functions, to prevent, or detect and correct, misstatements on a timely basis.

Material Weakness - A deficiency, or a combination of deficiencies, in internal control over financial reporting, such that there is a reasonable possibility that a material misstatement of the company's annual or interim financial statements will not be prevented or detected on a timely basis.

It should be noted that in the context of investment companies, which are SEC issuers, material weaknesses are required to be communicated in the internal control report filed with Form N-CEN. A deficiency of a lesser magnitude does not require any public filing.

Other Deficiencies – An identified deficiency that does not meet the level of Significant Deficiency or Material Weakness.

When faced with identified control deficiencies, an auditor typically considers:

Could the control deficiency result in a material misstatement of the financial statements?

Would this deficiency be of interest to a Director, or someone charged with oversight?