Structuring Your ETF to Support Your Intended Dividend Strategy

If tax efficiency is one of the key benefits of the ETF vehicle, would it ever make sense for an ETF to make a tax election that some 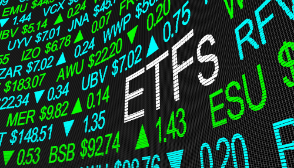 might consider to be tax inefficient?  I can think of at least one strategy where such an election might make sense. Let’s consider an ETF with a strategy of owning individually each stock in a basket of long securities constituting an index, while writing a call option on that index. The call option would be rolled monthly.

One of the primary objectives of this strategy is to distribute the call premium monthly and provide investors with a steady stream of income.  This strategy, while simple, creates some challenges from a tax standpoint.  The IRS has rules in place, commonly referred to as the Straddle Rules, that are applicable when an entity has offsetting positions in substantially similar securities.  These rules are complex, but in their simplest form they serve to defer losses on one leg of a straddle until the other leg is closed out.

For the strategy described above, I think it is fair to say that one would expect, over time, for stock prices to increase.  If they do, the ETF would incur losses on written options, but have gains on the basket of stocks.  Due to the straddle rules, the losses would be deferred until the basket of stocks is sold.  It is unlikely that this would happen completely unless the ETF were to liquidate.  Therefore, these losses would be deferred indefinitely.  Additionally, when there is a straddle loss deferral, the holding period is suspended, which would make it unlikely for the ETF to achieve long-term gains.  Furthermore, any dividends passed through from the equities will not qualify as Qualified Dividend Income (“QDI”) due to the holding period suspension.  Lastly but not least, the ETF will have distributed the option premium to shareholders monthly.  While the option premium would represent economic income to the ETF, it is not considered taxable income.  Since the ETF is unlikely to generate taxable earnings and profits from other sources, absent economic sales, it is likely that the tax character of the option premium distribution would be a tax-free return of capital. While return of capital distributions are not taxable to shareholders, they are generally misunderstood and not well-received.  Shareholders may view the distributions as “fake” or “unearned,” and may feel the ETF is not performing as advertised.

What are the pros and cons of making this election? Let’s start with the cons.  As indicated by the title of this post, I think most tax professionals would view the mixed straddle election as tax inefficient because you are recognizing gain sooner than you would absent the election.  Additionally, because the election requires you to mark to market daily, the cost basis of the securities is always equal to the market value.  This eliminates the possibility of using the in-kind mechanism most ETFs utilize to gain tax efficiency. There are also scenarios where the ETF will have to distribute long-term capital gains, which is unusual for an ETF and can be frowned upon.  On the pro side, this election eliminates the administrative burden of tracking straddle loss deferrals and their holding periods.  But the bigger benefit is it provides a greater likelihood of an ETF, with the strategy described above, of meeting its investment objective of providing a steady income stream to its shareholders.  If we go back to the belief that, over time, stock prices should increase, then over time the ETF will generate short-term gains under this election that can be distributed to shareholders as net investment income.  While not ideal from a tax efficiency standpoint, there is certainly a business case to be made for making this election.