In a recent report published by the Depository Trust & Clearing Corporation (DTCC) in April of 2014, a recommendation was made to shorten the U.S. Trade settlement cycle for equities, municipal and corporate bonds and unit investment trusts from trade date plus three days (T+3) to trade date plus two days (T+2). 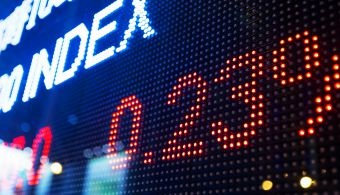 The conclusion was reached after considerable industry input and discussion, cost benefit analysis and additional due diligence reviews, that a move to T+2 would reduce industry risk and create additional liquidity in the marketplace. DTCC concluded that capital would be freed up for member broker-dealers and operational and systematic risk associated with counterparts exposure would be mitigated. DTCC's report included independent analysis from the Boston Consulting Group designed to weight the cost and benefits of such a switch.

In order to move forward, the research concluded that a cost of approximately $550 million to shorten the settlement cycle to T+2 and that such a move could be achieved within three years. DTCC went on to recommend a further assessment for a future move to T+1 once the shortening to T+2 has occurred.

This is not the first time that the notion of a shorter settlement cycle has been proposed by market participants. Thirteen years ago, the industry examined a move to a T+1 cycle that was eventually abandoned as a result of competing priorities. While significant improvements have been achieved in the following years such a shift would require an agreement across many different interested parties and an upgrade to the current infrastructure to be able to handle the quicker turnaround.

In considering the impact of T+2 for our registered and unregistered fund clients, a shorter cycle would certainly be a benefit in satisfying short term liquidity needs. There are many areas of daily fund cash management that would benefit from a shortened settlement cycle, from payment of expenses to capital redemptions. Increased liquidity from T+2 would allow a fund manager to balance the need for cash versus the investment objectives of the fund.

As with all major decisions, the opinions of all interested parties must be considered and valued. Contemplated and tactful decisions will benefit all those involved. With the support and backing of DTCC, the shortening of the settlement cycle appears to be trending in the right direction.