Hedge Fund Start-Ups: GAAP Departure Out of the Gate

Hedge funds can incur start-up costs called organization and offering costs. Oftentimes, the treatment of these costs for Generally Accepted Accounting Principles in the United States (GAAP) purposes can cause headaches during the audit process. The key to avoiding this particular headache is understanding the issue and then coordinating with your auditor on a plan of action during the organization of the fund.

Organization costs consist of costs incurred to establish the company and enable it legally to do business. They largely consist of legal fees relating to the organization and incorporation of the fund and incorporation fees. Per GAAP, these costs are to be expensed when incurred, which generally happens at the commencement of operations. 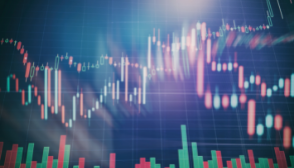 Offering costs generally relate to the offering of the fund to investors and can include legal fees, SEC and state registration fees and printing costs for offering materials. Per GAAP, a hedge fund that continually offers interests should defer offering costs until operations and then expense the costs over the offering period, up to a maximum of 12 months using a straight-line methodology.

Some hedge funds aggregate organization and offering costs and then amortize them to expense over the first five years (60 months) of operations. This five-year period is derived from the proper tax treatment. Many advisors find it reasonable to defer the cost over this period, largely because it lessens the impact on early operations and performance. Additionally, assuming that the fund’s investor pool grows, the impact of these costs will be spread across a larger investor base.

Oftentimes, the advisor and administrator do not consider the implications of amortizing these costs consistent with tax basis (over 60 months) for purposes of the audit. Other times, the advisor and administrator are aware of the differences but consciously proceed with the 60-month amortization period, for the reasons noted above. Regardless of the reason, this difference in approach amounts to a GAAP departure, which must be assessed as part of a financial statement audit by the auditor.

A fund incurs organization costs of $25,000 and offering costs of $15,000 and commences operations on October 1 (assume calendar year-end).

In this example, the difference in the expenses incurred during the year is $26,750.

For many start-up funds, the difference noted above in the methodologies is material. Once the auditor has performed this analysis, they have three ways to move forward depending on the circumstances.

It should also be noted that in any scenario where there is a departure from GAAP such as the above, management runs the risk of the auditor finding that there are control deficiencies. This concept makes it that much more important that the advisor and/or administrator have discussions with the auditor relating to the GAAP treatment of the organization and offering costs. In this auditor’s judgement, there is a distinction between consciously taking an approach that is a departure from GAAP and unknowingly taking an approach as a result of a weak internal control environment due to a lack of financial reporting knowledge. The latter is likely to result in the auditor issuing management a control deficiency.

As suggested in the introduction, the best course of action by management is to be aware of this potential GAAP departure and understand all its implications. This starts with analyzing the start-up costs and specifically identifying them as either organization and/or offering costs, as there is differing GAAP treatment. From there, engage in active discussions with your administrator and audit firm to determine the potential impact of your preferred treatment if it departs from GAAP. We do not suggest that hedge fund management consciously violate GAAP and offer this guidance so that there is an understanding of the implications should that decision be made.

For more information about audit and tax services for start-up private funds, reach out to us at BBD.