Considerations For Mutual Funds For Allocating Earnings and Profits to Distributions 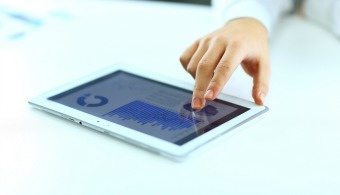 Distributions of a Regulated Investment Company (“RIC”) are deemed to be comprised of earnings and profits (“E&P”), to the extent there are any, and if in excess of E&P, as a return of capital (“ROC”).  It is worth mentioning that a RIC is required to measure its E&P at the end of its fiscal year.  Prior to the RIC Modernization Act of 2010 (“RIC MOD”), a RIC that paid multiple distributions that, in the aggregate, exceeded its E&P, would allocate its E&P ratably over each distribution.

A simple example will illustrate this approach.  Assume a June 30 fiscal year-end RIC paid $100 per month in distributions over the course of its fiscal year, but only had $600 of E&P.  Under the previous rules, each monthly distribution would be deemed to have been comprised of $50 E&P and $50 of ROC, regardless of when the E&P was actually earned during the year.  While this approach was simple, there were certain situations that would arise, in coordination with the excise tax rules, whereby a RIC would need to make a distribution to avoid excise tax, but would not have E&P available from which to pay the distribution.  This would effectively trap a RIC into an unavoidable excise tax situation.

While this change alleviated the unavoidable excise tax situation described above, there is an element of potential unfairness to this method.  Depending on the timing of purchases and sales of fund shares, a shareholder’s distributions potentially could be allocated more a less taxable income than that shareholder may have logically earned over the period of their investment.  In the example above, if a shareholder purchased shares in July and sold them in December, all of their distributions would be from E&P and taxable, although logically the fund would not likely have had that much E&P over that time period. Conversely, the 1099 for shareholders who purchased their shares in January would show no taxable income.

If you were to read the accounting policies in the notes to the financial statements for most mutual funds, you would note that the accounting policy for distributions says something to the effect of “Distributions to shareholders are recorded on the ex-dividend date and determined in accordance with Income Tax Regulations.”  With this as a foundation, some funds apply the RIC MOD E&P allocation approach when reporting their distributions in the Statement of Changes in Net Assets.